Everything you need to know about Benzene Exposure 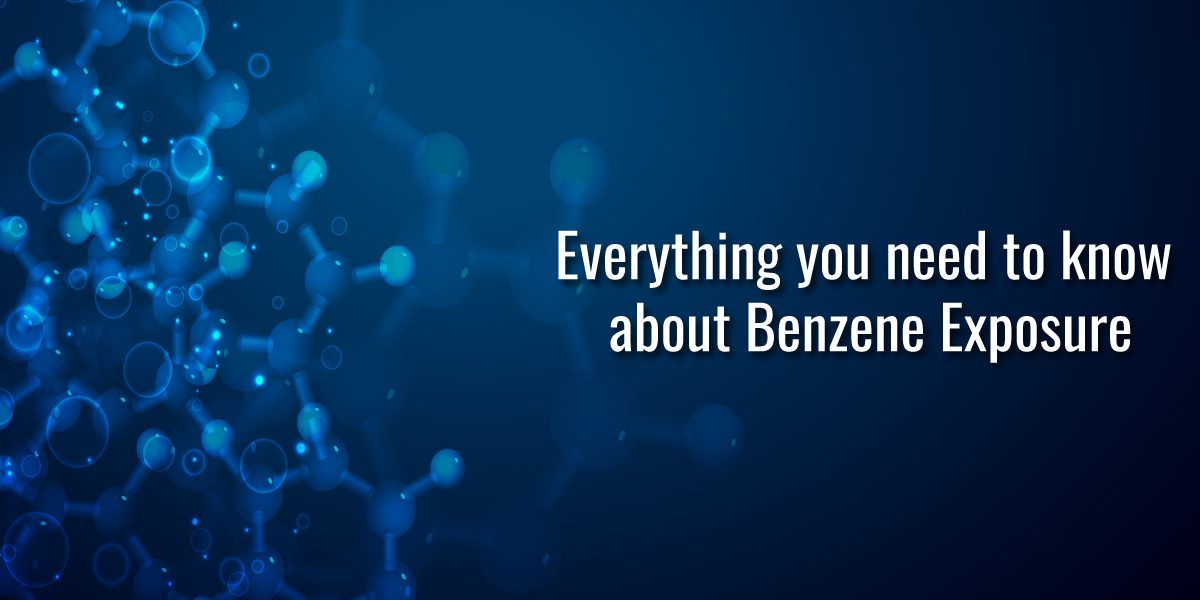 How are individuals subjected to benzene exposure?

People are typically exposed to benzene through breathing benzene-contaminated air. Although federal and state rules have lowered benzene exposures in recent decades, workers in industries that generate or utilize the chemical may be exposed to the highest quantities of the chemical. Limits on the number of benzene allowed in gasoline, for example, have helped to lower exposures.

Benzene exposure can be dangerous to workers who work in industries that produce or use it. Oil refineries, chemical plants, shoe manufacturers, and various other gasoline-related sectors are among those. Some lubricants, dyes, detergents, medicines, and pesticides are also made from benzene. Steelworkers, lab technicians, gas station staff, printers, and firefighters are among those who may be exposed to benzene at work.

Gasoline fumes, automotive exhaust, emissions from specific manufacturers, and wastewater from some businesses can all present individuals to benzene exposure in the environment. Benzene is present in the air in both urban and rural locations but in insufficient quantities. People in enclosed environments with unventilated fumes like gasoline, glues, solvents, paints, and art supplies may be more vulnerable to benzene exposure.

The symptoms you encounter if you’ve been exposed to benzene can vary depending on the type of exposure you’ve experienced. For instance, consuming the drug can cause stomach aches and a loss of appetite. It can also induce a variety of intestinal issues, such as:

Many studies have shown that long-term benzene exposure may also impair reproductive organs. Some women who inhaled high doses of benzene for months experienced irregular menstrual cycles and ovarian shrinkage, although it’s unclear whether benzene was to blame. It’s unclear whether benzene exposure impacts the fetus in pregnant women or men’s fertility.

How to limit benzene exposure?

If you’re worried about benzene, there are a few things you can do to reduce your exposure.

Keep your distance from cigarette smoke. If you smoke, you need to stop it immediately. Cigarette smoke is one of the most common sources of benzene poisoning.

Restricting your time spent near idling car engines can help reduce your exposure to benzene-containing exhaust gases (as well as other potentially harmful chemicals).

When handling chemicals that may contain benzene, use caution. Exposure to fumes from solvents, paints, and art supplies should be limited or avoided, especially in poorly ventilated areas.

If you are exposed at work, talk to your boss about changing the process (such as replacing the benzene with another solvent or enclosing the benzene source) or utilizing personal protective equipment to reduce your exposure. You can visit University Cancer Centers for more information.

Can benzene exposure lead to cancer?

Based on information from various studies, benzene is known to cause cancer. The study of benzene and cancer has primarily focused on leukemia and other forms of blood cancer. However, other complications might involve the following:

What can be done in case of long-term benzene exposure?

The first step if you suspect you’ve been exposed to benzene is to seek medical help. If you have swallowed the chemical, you mustn’t attempt to vomit it out. In case you’ve inhaled benzene, get some fresh air as soon as possible. Get as far away from the benzene exposure as possible by going outside. If you’re inside, your building may evacuate you to a particular shelter designed to handle chemical spills.

Remove your clothing and avoid pulling a benzene-exposed dress over your head as you wait for help. Instead, try to cut the garment from your body and remove it as rapidly as possible. Warm water and soap can be used to wash yourself and your skin. For at least fifteen minutes, flush out any benzene that may have gotten into your mouth or eyes. Remove any contact lenses that may have come into contact with benzene and toss them out with your contaminated clothing as soon as possible.

Place contaminated clothing in a plastic bag and avoid touching it with your hands when discarding it. If necessary, use tongs or rubber gloves to protect others from contact with the infected clothing items; place that bag inside another sealed plastic bag.

Benzene exposure results in cell malfunctioning. It harms the immune system by altering antibody levels in the blood and triggering the loss of white blood cells. However, the severity of benzene poisoning is determined by the amount, route, and duration of exposure and the affected person’s age and pre-existing health condition.

Benzene poisoning is treated in a hospital environment with supportive medical treatment. There is no particular antidote for benzene toxicity. The most crucial thing for victims is to get medical help as soon as possible. You can visit University cancer centers for more information on benzene exposure and related side effects.