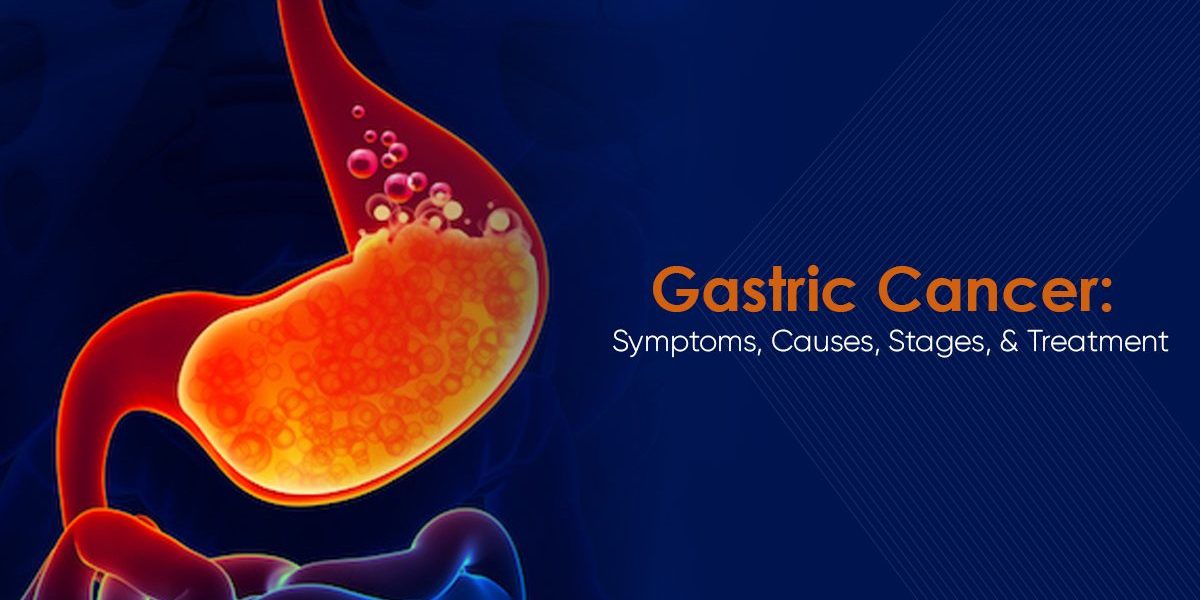 Gastric cancer, also known as stomach cancer, accounts for more than one per cent of all new cancers discovered in the United States each year. It is one of the rare types of cancer in the country. What are the gastric cancer symptoms? How is the disease caused? What is its treatment? And several other questions must be revolving in your mind at the moment, but we are here to answer them all.

Without any further ado, let’s find out what exactly is the disease all about? Gastric cancer is a type of cancer in which malignant cells grow abnormally. As the name suggests, gastric cancer begins in the lining of the stomach. Also, this type of cancer is regarded as one of the most difficult cancers to diagnose as people generally do not witness any significant symptoms in the early stages. It typically goes undiagnosed until after it spreads to different parts of the body.

You would find it quite absurd to know that gastric cancer generally forms in several parts of the world in the main part of the stomach. However, in the United States, gastric cancer is more likely to affect the gastroesophageal junction (the area where the oesophagus meets the stomach). It is essential to determine the affected area to make it easier for the doctor to treat your disease. Doctors primarily perform surgeries, but several other treatments can also be performed before or after the surgery.

There are several gastric cancer types, but the most common type is adenocarcinoma. This type of cancer accounts for about 90-95% of all stomach cancer. Cancer primarily develops from the gland cells in the mucosa or the innermost lining of the stomach. Also, adenocarcinoma is further divided into two types.

Apart from this, there are several other rare types of cancer, these includes:

The National Cancer Institute states that gastric cancer generally doesn’t have any early signs or symptoms. It is sad but true that people generally have no idea what’s going wrong with them until the disease reaches an advanced stage. However, we have made a list of a few early and advanced gastric cancer symptoms.

As stomach cancer grows and spreads, it becomes pretty difficult to notice early signs, but a few telltale signs might help you to know how to detect stomach cancer early.

You must be wondering that these signs can also be responsible for some stomach or gas-related issues; yes, you are right, but it becomes our responsibility to consult a doctor at the earliest.

Signs of advanced gastric cancer can really be more severe than the early symptoms as they have nothing to do with common stomach or gas-related issues. If the disease reaches the advanced stage, it may also affect nearby organs like the liver and large intestine. These symptoms are.

The following are the stages of gastric cancer:

When it comes to the International Classification of Diseases or ICD Code for gastric cancer, C16.9 is primarily used to indicate a diagnosis for reimbursement purposes.

Survival rates generally help people know the percentage of people with the same type and the same stage of cancer who can live up to how many years (usually five years) after they were diagnosed. As per research, the average age of diagnosis is 68 years, while the 5-year survival rate for people with gastric cancer is 32%. If the patient is in the fourth stage, the survival rate falls down to only 6%.

The treatment for gastric cancer generally depends on several factors such as type, size, and location of the tumour, stage of cancer, lab test results, age, and overall health of the individual. Also, there are primarily two types of treatments, local and systematic.

It is regarded as the most common treatment for gastric cancer. It helps to remove the entire tumour or cancer cells that may have spread to nearby tissues. Sometimes a patient only needs surgery to get rid of the disease.

There are generally two types of therapies, targeted and biological. The former therapy helps an individual to fight cancer without affecting healthy tissues. At the same time, biological therapy helps to block the growth of cancer cells. It generally boosts the ability of the body to fight cancer, allows the immune system to deal with targeted cells, and strengthens the immune system.

If you found the blog helpful or are battling gastric cancer, you must visit us at University Cancer Centres. We have one of the best and modern techniques to cure cancer and stop cell abnormality at pre-stage gastric cancer. Not just that, our medical professionals run clinical trials and are continuously on the voyage to find the most useful medications for battling cancer. We offer customized cancer treatments and affordable treatment options. For further information on gastric cancer and much more, So navigate to our website.