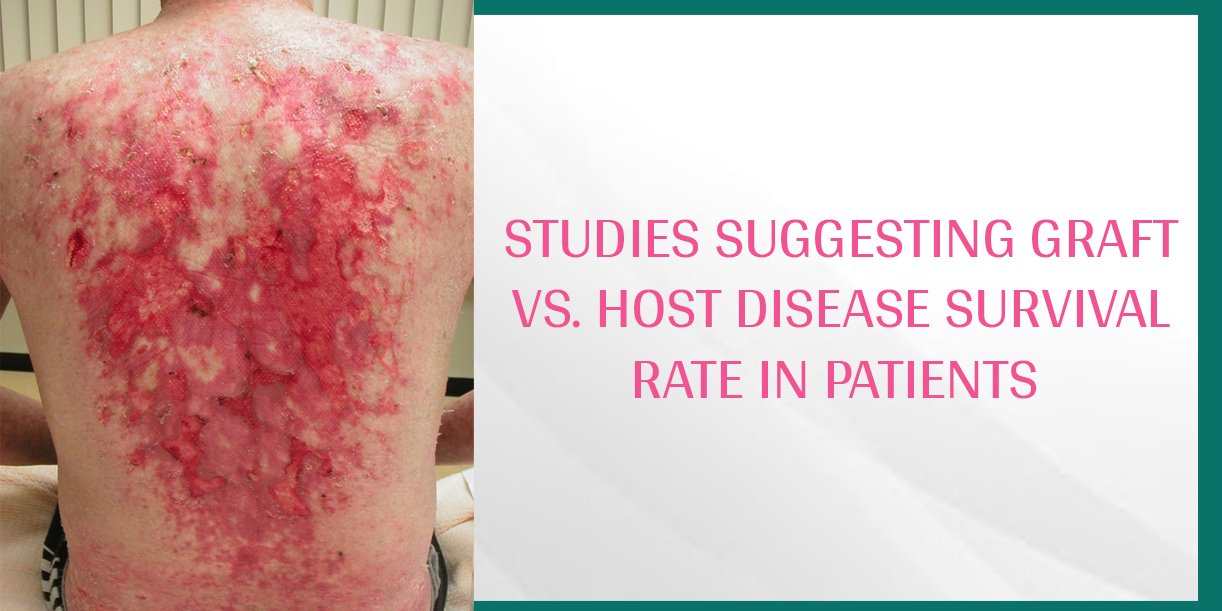 If you’ve recently undergone a stem cell or bone marrow transplant, you’ll have to look for signs of graft versus host disease (GVHD). It is a common complication – as 4 out of 5 people with transplants get it in some form.

It is possible when cells from a donor mistakenly attack your cells. The effects can be mild or life-threatening. Also, it can impact the graft vs. host disease survival rate. Other than that, many factors bear an impact.

Studies To Determine The Survival Rates

The graft versus host disease (GVHD) is an immune-mediated condition from a complex interaction between the recipient and donor’s adaptive immunity. The Acute GVHD describes distinctive dermatitis, enteritis, and hepatitis syndrome 100 days after the allogeneic hematopoietic cell transplantation (HCT). Chronic GVHD is for more diverse syndrome developing after day 100. With the allogeneic HCT, processes linked with high GVHD risk include transplantation of solid organs that contain lymphoid tissue and transfusion of irradiated blood products.

Acute graft versus host disease happens when another person’s lymphocytes can survive and increase in a patient. It is the most serious complication of allogeneic bone marrow transplantation (BMT).

Rare acute GVHD causes include the maternal transfer of lymphocytes through the placenta to an infant with less immunodeficiency and transfusion of non-irradiated blood to the patient whose immune system doesn’t reject donor lymphocytes, either due to transient, histocompatibility, or transient immunocompromise from large bypass or volume transfusion. Out of such rare settings, the acute GVHD is only seen generally in the bone marrow transplantation context.

GVHD risk and graft vs. host disease survival rate are related to many clinical factors like:

With a better-matched recipient as the donor, you get less risk.

Various studies have shown that peripheral blood stem cells have more acute GVHD risk than bone marrow, but it is still controversial.

Kids have a lower risk of getting acute graft vs. host disease than adults.

Gender Of The Donor

The female donors have a higher acute GVHD risk than male participants affecting the graft vs. host disease survival rate.

The Intensity Of Transplant Conditioning

Non-myeloablative or fewer transplants reduce the incidence and delay acute GVHD onset. The unrelated cord-blood transplants have less acute GVHD for the same HLA mismatch degree. At this time, most cord-blood units are partially matched to the recipient.

Ex vivo T-cell depletion or in vivo anti-T cell antibody therapies around the time of donor graft infusion (like alemtuzumab or anti-thymocyte globulin) lessens acute graft vs. host disease risk. Acute GVHD is staged on a 0 to IV scale based on the composite score of the three target organs (liver, skin, and gastrointestinal tract).

The most vital strategy is prevention to limit acute GVHD. The primary aim of prevention is to deplete T-cells or prevent proliferation in response to host antigens. There are many methods for this goal, and institutional preference plays a large part in selecting GVHD prevention therapy.

Briefly, T-cell depletion, either in vivo or in vitro, effectively prevents severe GVHD, but these are linked with more risk of infection, relapse, and delayed immune reconstitution. Combining methotrexate or mycophenolate is common prevention therapy for GVHD. The GVHD grade II or high risk with such an approach is 30 to 80 percent based on the aforementioned risk factors, with matching HLA degree and donor type being the most vital. HLA-matched sibling donor transplant recipients have 25% to 45% acute GVHD incidence, compared to a 60% to 80% HLA incidence in mismatched unrelated donor transplant recipients.

What Is The Survival Rate For Patients?

According to new research at the 61st American Society of Hematology Annual Meeting And Exposition, it was stated that early novel therapies treatment had better patient graft vs. host disease survival rate outcomes.

The researchers analyzed allograft’s impact on the patients. They found that around 851 patients who went allografts from Jan 2005 and 2016 December (15.3%) got severe acute GVHD. Out of 522 patients who got allografts from April 2011, the beginning of prospective NIH grade chronic graft vs. host disease, and 2016 December, 146 (28%) got severe grade chronic GVHD.

The data indicates that the patient survival developing either severe (acute) graft vs. host disease or severe NIH grade (chronic) GVHD notably got better in recent years than in historical controls.

However, acute GVHD risk factors can vary based on the disease and would need unique risk models for all conditions.

Acute GVHD severity and incidence can also get better with pretransplant comorbidities. In a study with 2985 patients with myeloablative or less intensity conditioning followed after allogeneic hematopoietic cell transplantation (HCT) for lymphoid or myeloid malignancies, the severity or incidence of acute GVHD got better with more HCT specific comorbidity index (HCT-CI). The likeliness of getting acute ¾ GVHD was 13,18 and 24 percent for people with HCT-CI scores of 0.1 to 4 and more than or equal to 5, respectively. Higher HCT-CI patients also had a higher mortality risk after grade 2 to 4 GVHD.

Which Cancer Treatment Is The Most Effective For Patients: Learn It All Here
01/20/2022