Can You Have Lymphoma And Leukemia At The Same Time? 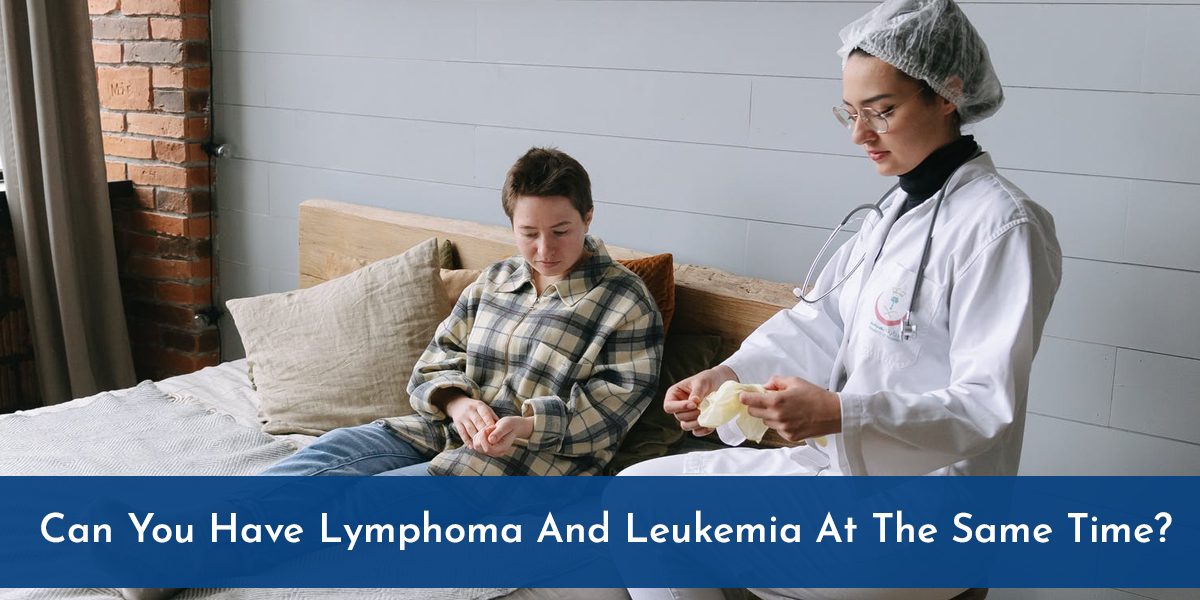 Cancer is regarded as one of the confusing and hard to understand diseases. Most of the time, it gets a bit trickier to understand what exactly is happening in the body and when it comes to blood cancer, it becomes more challenging to decipher it.

While talking about malignancy, there are three types of blood cancers, leukemia, lymphoma, and myeloma. These cancers primarily cause your lymphatic system and bone marrow to produce blood cells that don’t work properly. They all act differently and affect different types of white blood cells.

Leukemia vs Lymphoma vs Myeloma

Now you must be wondering what some leukemia vs lymphoma symptoms are? Does lymphoma become leukemia? Leukemia vs Myeloma: Which one is worse? And several other things. But going further, let us read about these blood cancers in detail.

While talking about leukemia meaning, it is a severe type of blood cancer that occurs when your body makes abnormal white cells that don’t work properly. The name of the malignancy is a combination of two Greek words, leukos, and haima which mean white blood respectively.

Unlike most cancers, leukemia generally doesn’t produce any kind of bump or visible lump ( a tumor). The malignancy begins when blood-producing cells in the bone marrow don’t grow properly. These abnormal cells start to grow in huge numbers and sometimes quite rapidly in the bone marrow. They also alter the ability of bone marrow to produce healthy, disease-fighting white cells and oxygen-carrying red blood cells. Unlike normal cells, leukemia white blood cells can’t get rid of infection properly.

Lymphoma is the other type of blood cancer that mainly affects the lymphatic system. A lymphatic system is a network of tissues, vessels, and organs that protects you against infections and gets rid of waste and toxins.

This type of blood cancer primarily starts in lymphocytes or white blood cells that are one of the major types of immune cells; it is part of the immune system. Lymphocytes fight off viruses and bacteria, but sometimes they turn cancerous and grow out of control.

Myeloma is primarily the cancer of the plasma cells (a type of white blood cell that produces antibodies) in the bone marrow. These malignant cells spread through the bone marrow, can damage the bones, and destroy healthy cells. Men over 50 are most likely to get Myeloma, while Afro-Africans have higher chances than other people. Furthermore, your chances of getting the disease increases if you are obese, have spent so much time around radiation, or have close ones with the condition.

Differences Between Leukemia And Lymphoma

Leukemia and lymphoma are somewhat related to each other as both are forms of blood cancer and involve white blood cells. But their causes, treatments, and nature are entirely different from each other. Experts believe that these diseases are kind of related; the more specific term would be cousins.

While discussing the significant difference, lymphomas are generally solid tumors made up of blood cells, and they cause solid masses or enlarged lymph nodes. On the other hand, leukemia is found in the bloodstream. Furthermore, we have made a list of several other differences between the two. Let us find what is worse lymphoma or leukemia?

Generally, these diseases are not diagnosed completely based on symptoms. Sometimes symptoms overlap or are not related to either condition, while some show significant characteristics of the disease.

Lymphoma symptoms generally include painless swelling of lymph nodes. These bumps or nodes may be visible in your neck, groin, armpits, while doctors may also use medical imaging to see those bumps. Other common symptoms are fever, never-ending fatigue, night sweats, chills, and many more.

Moreover, some people also observe more severe symptoms, also referred to as B symptoms, which indicate a more aggressive and faster-growing malignancy. The symptoms are shortness of breath, drenching night wears, and unintentional weight loss.

Leukemia symptoms in adults and kids mainly include bone and joint pain, weakness, fatigue, fever, weight loss, easy bleeding due to deficient levels of platelets, pale skin due to low levels of red blood cells; the condition is also known as anemia, and many more.

Experts are generally not sure about the causes of these malignancies, but it is believed that a combination of genetic and environmental factors causes blood cancer.

While discussing the leukemia causes, it is thought to develop when some blood cells acquire changes or mutations in their DNA or genetic material. Due to mutations, blood cells become out of control, and over a while, they crowd out healthy cells in the bone marrow. It results in a decline of red blood cells, white blood cells, and platelets.

On the other hand, lymphoma develops when a lymphocyte, also known as a disease-fighting white blood cell, develops a genetic mutation. Like leukemia, mutations cause the cell to multiply, which causes many diseases lymphocytes to multiply.

Types Of Leukemia And Lymphoma

The major types of Leukemia are mentioned below:

This is the most common type of leukemia, mostly observed in young kids. While malignancy can occur in adults as well.

AML is also one of the most common types of leukemia which occurs both in adults and kids.

CLL, also known as severe lymphocytic leukemia, is dangerous adult leukemia. People may feel quite well even without treatment for years.

CML primarily affects adults. A person with this type of leukemia may not observe any symptoms for several months or years before entering a stage where malignant cells grow more quickly. It is also known as severe myelogenous leukemia.

Other Types Of Leukemia

There are several other types of leukemia, such as myeloproliferative disorders, hairy cell leukemia, and myelodysplastic syndromes.

While talking about Lymphomas, there exist two types:

It is the most common type of lymphoma, which tends to occur in older adults.

This type of lymphoma generally develops in a type of B cell found in the bone marrow. It is regarded as one of the most curable forms of cancer if diagnosed and treated early. Furthermore, it is also known as Hodgkin’s disease.

One may also find differences in incidence. However, more people generally develop lymphomas than leukemias. A study performed by the American Cancer Society reveals figures for new cases in 2017.

Around 80,500 people were diagnosed with Lymphoma, out of which there were:

Whereas Leukemia was identified in around 62,130 people, out of which there were:

Differences in Age At The Time Of Diagnosis

We all know that Leukemia is the most common type of childhood cancer; malignancy accounts for one-third of all forms of cancer in kids. At the same time, the second most common malignancy among children is the cancer of the central nervous system, including brain tumors.

While talking about lymphoma, it comprises only ten percent of childhood cancer. The malignancy is often observed in people over the age of 55. Some studies also reveal that some severe leukemias are observed in older people. At the same time, Hodgkin lymphoma (a type of lymphoma blood cancer) is generally seen in people between 15 and 40.

Undoubtedly, treating cancer is a challenging task, but medical experts believe that staying away from a few factors can help reduce the risk of malignancy. One should always avoid exposure to radiation, chemicals like benzene, and pesticides.

Furthermore, avoiding smoking or tobacco in any form can also help. Making new changes in lifestyle behaviors such as eating a healthy diet, adding fruits and vegetables regularly in your meal, and staying active all the time can also help reduce the risk of the disease.

While talking about lymphoma and leukemia treatment, stem cell treatment, radiation, and chemotherapy may help an individual fight the battle with the disease. Over the years, with improvements in medical science, the survival rate of leukemia and lymphoma patients has been increasing immensely in the United States.

To know more about blood cancer or any type of cancer, must visit the University Cancer Centers website. Here at UCC, you will get the best individualized and personalized cancer treatment. We provide treatments such as radiation therapy, chemotherapy, immunotherapy, gene-targeted therapy, surgery, endocrine therapy, and many more. You will get the best facilities at affordable prices.

What are Cancer Extremities Treatment Side Effects?
12/02/2021