You are here:
Awareness + PreventionHealth Tips 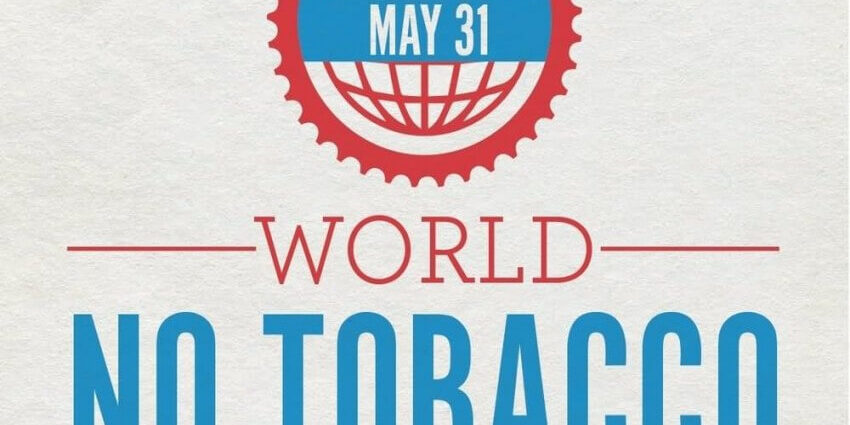 This May 31st put down the tobacco. World Health Organization (WHO) is looking to stop the trade of tobacco products and their World No Tobacco Day campaign is dedicated to highlighting health risks associated with tobacco and advocating for policies to reduce tobacco consumption. World No Tobacco Day has been observed annually since 1989.

WHO primarily targets illicit trade of tobacco products worldwide, but also stresses the health, legal, and economic impact it has. They strongly feel there is an issue with governance and corruption as it pertains to tobacco sales which are why they urge everyone to step away from tobacco.

Tobacco is a product made out of the fresh leaves of nicotiana plants. Many people use it as a recreational (legal) drug. It originated in the Americas but was introduced to Europe via Portugal in 1559. It is one of the largest and most popular import trade crop.

Tobacco use has been medically linked to such diagnosis as heart attacks, strokes, chronic obstructive pulmonary disease, emphysema and a number of forms of cancer.

Tobacco is used in the following:

World No Tobacco Day hopes to get the world to start asking questions. Why is tobacco so detrimental to the world today? WHO points out that tobacco is highly addictive, and illicit tobacco products are everywhere gets the youth of the world hooked because they are supposedly more affordable. These products don’t display the health warnings and they claim that sometimes children themselves are used in illegal selling. Another reason to be wary is that illicit trade strengthens corruption and weakens the goods governance that countries have set in place to maintain balance.

There are several ways to participate this year. Grab some friends and join public marches or demonstrations. You’ll be sure to see an upswing in advertising campaigns as well as more educational programs highlighting the issues associated with tobacco use. There are plenty of places that have instituted a ban on smoking in public places and many restaurants and bars.

If No Tobacco Day is something you would like to take part in, start by informing and educating your loved ones on the effects of tobacco. If you can get just one of your friends or family to quit, then you’ve done something great. Save a life this May 31st.

University cancer centers Specialist also participating in World No Tobacco day campaigning and giving a massage to every people to  “Burn calories, not cigarettes. Kick the butt – you can work out and get a better one.”