Squamous Or Basal Cell Cancer: Which One Is Worse? 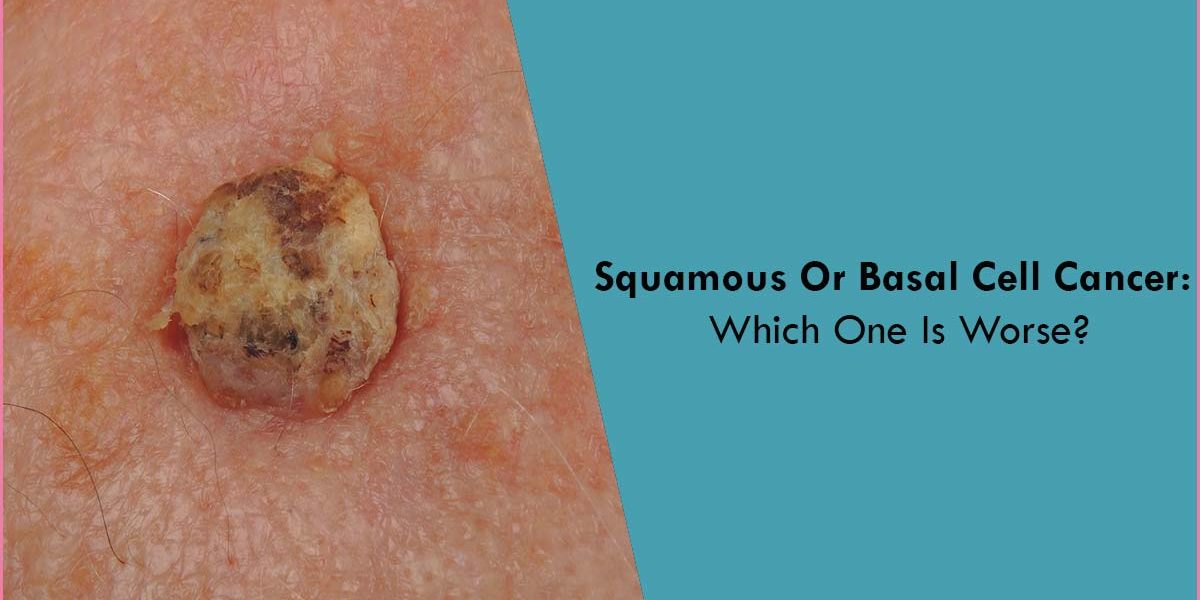 Skin, the largest organ of the human body, protects us from infections, injuries and helps to modulate the body temperature. Also, the organ stores water and fat and is responsible for producing vitamin D. You might have studied in your school that skin is made up of three layers, i.e., the epidermis, dermis, and hypodermis. As we know, the epidermis is the outermost layer of the skin, while the dermis and hypodermis are the inner layer of the skin and the deep layer of the fat, respectively.

The abnormal growth of skin cells is known as skin cancer. It generally develops on skin exposed to the ultraviolet (UV) rays of the sun. You would be surprised to learn that more than 3 million people in the United States are diagnosed with skin cancer, making it the country’s most common type of cancer. If found at an early stage, the disease can be treated with medication, procedures provided by a dermatologist (a medical doctor who deals with skin-related problems), or a surgeon.

Basal cell carcinoma is another common type of cancer that develops in the basal cells ( the round cells found in the lower epidermis). Studies reveal that 80% of skin cancers develop from basal cancer cells. The basal cell skin cancer generally develops on the neck and head while also being found anywhere on the skin. Furthermore, the disease is usually caused by the sun’s ultraviolet rays or develops in people who have taken radiation therapy many years ago. Basal cell carcinoma grows relatively slowly and hardly spreads to other parts of the body.

A change in the skin might be the first sign of the presence of basal cancer cells. The changes may include a bump or sore that won’t heal. The following can be a few symptoms of the disease:

Damage in the DNA cells is generally caused by the ultraviolet rays found in sunlight, tanning lamps, and beds. Several reasons result in the growth of the disease; these factors can be:

The epidermis (outermost layer of the skin) consists of flat, scale-like cells known as squamous cells. This type of cancer primarily develops in the middle and outer layers of the skin. Studies reveal that around 20% of skin cancers develop from these cells. The cancer is caused by sun exposure; thus, it may be diagnosed on several skin parts. Furthermore, squamous cell carcinoma can also be developed on burnt skin, affected by chemicals, or exposed to x-rays. Generally, the cancer is found on lips, skin outside the mouth, anus, and vagina, while only 2 to 5% of squamous skin cancer spreads to other parts of the body.

Signs and symptoms of squamous cell carcinoma generally include:

The mutations that occur in the skin cell DNA causes skin cancer. Such changes cause abnormal cells to multiply uncontrollably. When this occurs in squamous cells, it gives rise to squamous cell cancer. DNA mutations are generally caused by UV radiation found in the sun, tanning lamps, and beds.

Severity Of These Cancers

Cancer indeed is one of the lethal diseases one would have ever known, but if one takes certain measures, the risk of the disease can be reduced. Following are a few preventive measures one should always take.