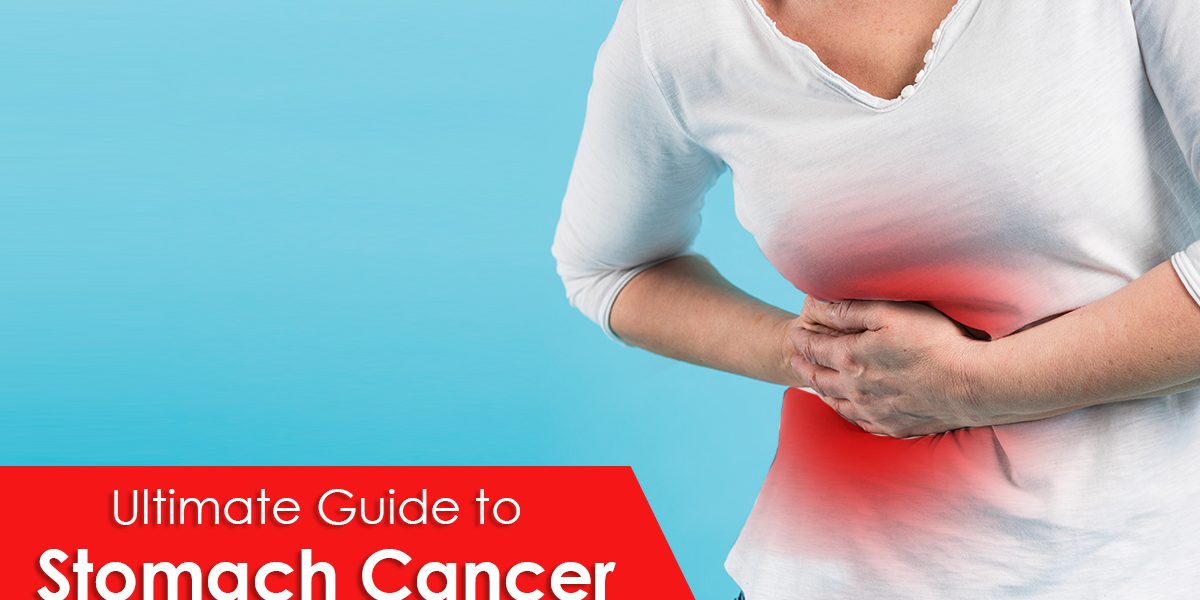 The stomach is positioned in the upper belly and is essential for food digestion. When food is ingested, it is pushed down the esophagus (a muscular tube that connects the neck and the stomach). The food then advances its way into the stomach. The stomach blends the food and secretes gastric fluids that aid in the digestion and breakdown of the meal. The food subsequently travels to the small intestine, where it is digested further.

What is stomach cancer?

Gastric cancer is characterized by the uncontrolled proliferation of aberrant cells that make up the stomach’s inner lining. Symptoms ordinarily don’t develop until the illness has progressed far enough. The prognosis for female stomach cancer is often bleak by the time it is discovered. The majority of persons diagnosed with gastric cancer are over the age of 60. Well before the age of 50, the condition is unusual.

However, speaking of stomach cancer, there’s no proof of exactly how fast does Gastric cancer spreads in an individual’s body. But, it is said that it spreads relatively slowly. It usually takes a year or longer to grow and spread.

The early symptoms of stomach cancer in females are frequently ambiguous. In fact, heartburn, indigestion, changes in nausea, appetite, and vomiting are all symptoms of gastric cancer.

Many patients who have gastric cancer don’t show any signs or symptoms. When symptoms appear, they are often so obscure that they are overlooked. The signs of female stomach cancer are often frequent symptoms of other gastrointestinal diseases, such as stomach ulcers and infections.

The most prevalent gastric cancer symptoms are as follows:

When to worry about stomach cancer?

Unfortunately, there are no visible indications or symptoms in the early stages of female stomach cancer. However, if you encounter any symptoms mentioned above of stomach cancer, you should consult your doctor right away.

Adenocarcinoma(also referred to as gastric cancer) is the most frequent kind of gastric cancer. This begins in the glandular tissue on the inner surface of the stomach.

The stage of cancer points to how far it has spread in the entire body. The TNM staging system is the most popular way for clinicians to determine the location of gastric cancer. The phases are determined by the size of the tumor, the presence or absence of lymph nodes, and whether or not cancer has spread:

Stomach cancer develops as a result of abnormal cell development in the stomach lining. However, each person has unique risk factors that raise their chances of contracting the disease.

According to research, having Helicobacter pylori (H. pylori) bacterial infection is the most significant risk factor for gastric cancer. Infections that last for a long time might develop precancerous alterations in the stomach lining.

If you have a risk factor, it doesn’t guarantee that you might develop cancer. Similarly, not having a significant risk factor does not ensure that you will remain cancer-free. If you think you’re at risk, seek medical advice.

The following are some of the factors that may raise your risk of stomach cancer:

A fecal occult blood test may be performed if your doctor suspects stomach cancer. This analysis determines tiny amounts of blood in the feces that aren’t visible. On the other hand, some individuals with stomach cancer do not have blood in their stool. An upper endoscopy and imaging investigation will likely be recommended next, such as an abdominal CT scan.

Endoscopy is a procedure where your doctor sedates you while threading a tube called an endoscope down your throat and into your stomach. Your doctor can use this equipment to examine the inside of your stomach and detect any abnormalities. Your doctor will anesthetize the back of your throat before passing the tube through, so it usually doesn’t hurt.

Your doctor will examine any region that appears odd. This entails extracting small pieces of stomach tissue to be evaluated in a lab. Biopsies may also be performed on the esophagus. Some types of cancer can spread to the esophagus.

The most common therapies for gastric cancer include surgery, chemotherapy, and immunotherapy. Currently, surgery is the only gastric cancer treatment option available. Lymph nodes nearby may require to be removed as well. Since releasing the lymph nodes necessitates specialized abilities, choose an experienced surgeon to perform the surgery.

Chemotherapy and immunotherapy will not cure cancer if it has spread to the stomach or lymph nodes. They can, however, help to alleviate symptoms and halt the progression of the condition. They may also help people live longer. Chemotherapy(whether with or without immunotherapy) is taking anticancer medications orally or intravenously.

Additional treatment may be given to help you cope with the adverse effects of your cancer treatment. Following are some of the most typical side effects of gastric cancer:

To maintain your strength during treatment, your doctor will advise you to continue eating healthy meals. Specific vitamins may be required, especially if a substantial portion of your stomach has been removed.

Survival rates denote an estimate of the number of individuals with the same type and stage of stomach cancer who are alive after a specific duration of time(typically for five years) after they have been diagnosed with such cancer. However, stomach cancer survival rates would not tell you exactly how long you will survive but will surely help you determine the probability of your recovery after gastric cancer treatment.

Remember that it is just an estimate of a wide variety of people struggling with the same condition, so it can be tough to know the exact situations for any individual.

Experts aren’t entirely sure what causes female stomach cancer. However, some data suggest that a balanced diet and lifestyle can help avoid the disease:

Excessive regurgitation of stomach acid into this location can induce cancers at the junction between the esophagus and the stomach junction. These cancers are getting increasingly prevalent, and hence the only way to prevent male and female stomach cancer is acid reflux. This is known to help in the prevention of certain malignancies and keep your stomach health intact. Seek suggestions from oncologists at the University Cancer Center.

When to see the doctor

If you have signs of cancer (such as heartburn that persist or don’t react to over-the-counter antacids), you should consult a doctor. People should be on the lookout for signs of gastric cancer, especially if they:

The stage of cancer at the moment of diagnosis determines the prognosis. The probability of recovery is significantly higher when the disease is discovered early, i.e., before the cancer cells that originated in the lining develop into the lower stomach layers or spread outside the stomach. However, no two cancer patients are comparable, and treatment outcomes differ from one to another.

Parathyroid Symptoms: Know Some Easy Ways To Detect And Treat Them
07/08/2022