Yearning For A Cure: One Woman’s Battle With Cervical Cancer 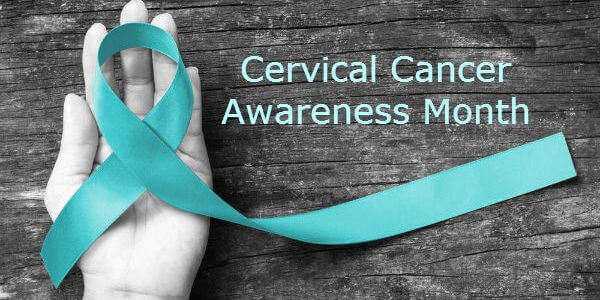 We start each new year with January, and January is National Cervical Cancer Awareness Month. Cervical cancer affects the cells lining the cervix, which is the lower part of the cervix. Over 12,000 new cases of cervical cancer will be diagnosed this year, and around 4,000 of them will be fatal. At one point cervical cancer was one of the most common causes of cancer related deaths for women, but now thanks to innovations in medicine that number has been reduced by over 50%. By using Pap smear tests doctors can collect cells from women to run tests on the cells collected from the cervix.

“It would be an understatement to say my diagnosis came as a surprise.”

Meet Anna, a 29 year old student whose world was changed forever when she received her diagnosis.

“I was diagnosed with advanced cervical cancer in 2013. I went to the gynecologist yearly, and unfortunately an irregular pap went undetected, and by the time I showed symptoms, my cancer had progressed.

No one tells you how much your life will change once you receive a cancer diagnosis. I was naive at first and thought that treatment would be swift and not in any way inconvenient. My doctor quickly brought me back to reality. He told me that while being positive would go a long way during my treatment, my diagnosis was a big deal. If you have been diagnosed, I suggest you listen to everything the oncologists tell you, and have hope that you survive your treatments. Have a friend or family member, anyone, come over because what you are about to embark on is a huge process. One you shouldn’t go through alone.

My mom was there for me every step of the way. She is my biggest cheerleader, wipes my tears and tells me how it is not the end. My only hope for surviving this cancer was a hysterectomy, which would mean my entire reproductive system would be removed. I was still young, I was still single – I became angry at what this would mean for the future I had mapped out for myself. I felt like cancer was stealing the life I wanted, quickly and quietly.

My hospital stay wasn’t as brief as I thought it would be, it was actually weeks until I was able to return to my apartment. I had a few complications, which took its toll on me mentally and physically. I immediately underwent chemotherapy and radiation treatment. Both treatments were given to me at the same time, and while uncomfortable I knew that it was necessary, and I was willing to do anything to survive. I started bringing flowers with me to my treatments, since I had made it my mission to brighten up what I now considered my second home.

I am still undergoing treatments, and could not have made it this far without the support of my mother. A strong support is one of the things that make surviving a little easier.

I hope to one day soon hear the words telling me I am in remission.”

University Cancer Centers has 5 convenient treatment facilities located in a different areas of Houston and each location is dedicated to providing the highest level of service and quality care to it’s patients. For a complete list of centers and addresses visit and get more information.