Early Signs Of Stomach Cancer: Know Everything About It 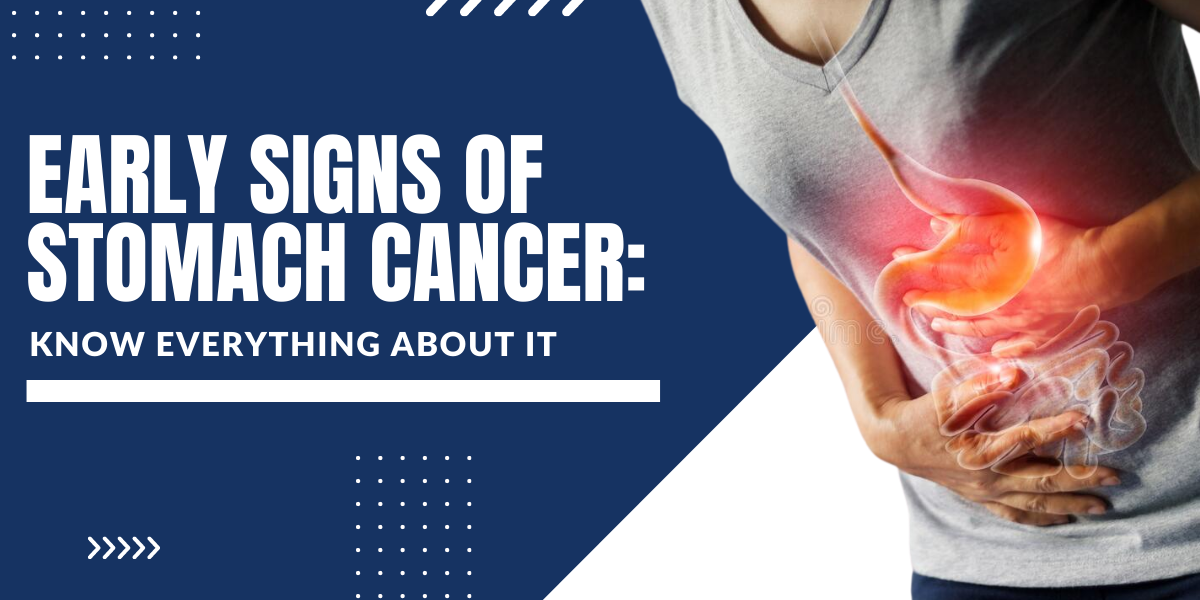 There are numerous types of cancer, but out of these, the most common cancer known to humanity is stomach cancer. Noticing the signs of stomach cancer in its early stages is difficult. These symptoms are almost non-existent and are highly likely to be diagnosed with a different condition when they appear. For such reasons, in many cases, stomach cancer gets detected in late stages. As a result, it makes the treatment fairly difficult.

Stomach cancer, commonly called gastric cancer, develops inside an individual when their normal healthy cells are interchanged with the growing cancer cells in the stomach lining. You can spot the stomach below the esophagus (the tube which facilitates the food movement to the intestines after swallowing). As a part of the digestive tract, the stomach assists in food digestion and moving nutrients via the gut to the small intestine.

The growth of this specific cancer is fairly slow, and it takes years to develop completely. The initial growth of stomach cancer commonly starts when the once healthy cells begin growing rapidly in the mucosa of the stomach lining. Group formed by these cancerous cells is referred to as a tumor. These cells start spreading to the other layers of the stomach.

The early signs of stomach cancer are often unclear. And out of all the symptoms, the common stomach cancer signs include indigestion, nausea, heartburn, vomiting, and changes in appetite.

The stage 1 stomach cancer symptoms include:

These are the most common stomach cancer symptoms in stage 1, and in case they look familiar to you, it is suggested that you consult a health professional immediately.

Various factors responsible for the increased risk of stomach cancer are:

The common signs of stomach cancer in females include:

The early signs of stomach cancer are vague. There are high chances that stomach cancer gets unnoticed until it reaches the later stages. In later stages, the treatment of this condition becomes way more difficult. For such a reason, knowing the risk factor surrounding stomach cancer becomes crucial.

Factors responsible for increasing the risk of stomach cancer development among women include:

The factors mentioned above are somewhat out of a person’s control. Still, there are some factors that a person can control to reduce the risk of stomach cancer. Such factors include: