Step Away From Cigarettes 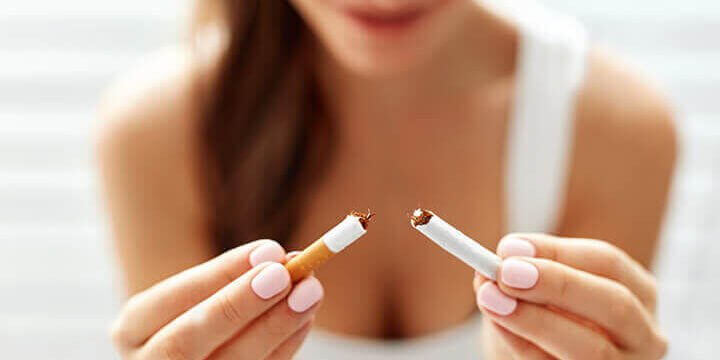 November is lung cancer awareness month, and we’ve targeted one of the largest contributors to lung cancer.

We’ve seen the smokers corralled in a corner at every big event. With new ordinances, it is virtually impossible for smokers to take a drag inside any building in the Houston area. What’s the big deal about smoking? Is it really as bad for you as everyone says? While we won’t try to persuade you or scare you into putting out your cigarette we’re here to present you with the facts about smoking.

Before you ask for a light, keep these in mind:

The American Cancer society 2014 estimates for lung cancer are staggering. About 224,000 new cases of lung cancer have been diagnosed, with an estimated 159,000 resulting in death. While there is no way to completely prevent lung cancer there are some things you can do to lessen your risk of being diagnosed with lung cancer. We’re focusing on smoking in this article, however, it in no way means there aren’t other risk factors out there. The way we are living and the chemicals we are putting in our bodies make us more susceptible to lung cancer. Below are a few other ways you can prevent a lung cancer diagnosis.

Over 90% of lung cancers arise from smoking studies speculate. Increased smoking over time can contribute to lung cancer. Someone with a higher pack year smoking history are more susceptible to being diagnosed with lung cancer. What’s a pack smoking year history?

Doctors refer to smoking in terms of pack-years of smoking. For example, a person who has or is now smoking two packs a day and has been doing so for the past 10 years has a 20 pack year smoking history. While cigarettes have over 4000 cancer causing carcinogens the two primary cancer causing carcinogens are nitrosamines and polycyclic aromatic hydrocarbons. Cigar and pipe smoke, while are not as dangerous as cigarettes can also contribute to a lung cancer diagnosis.

Cigarette smoking is declining, and with targeted campaigns dedicated to informing the public about the dangers of smoking stores has seen a decrease in sales. Even stores like CVS have discontinued cigarette sales and have jumped aboard the anti-smoking bandwagon. The future of America, millennials, have focused more on being aware of what they put in their bodies, and many have declined to start smoking and instead have researched other avenues, such as e-cigarettes to lessen the harsh impact on their bodies.